Use one of the services below to sign in to PBS:

You've just tried to add this video to My List. But first, we need you to sign in to PBS using one of the services below.

You've just tried to add this show to My List. But first, we need you to sign in to PBS using one of the services below.

Get extended access to 1600+ episodes, binge watch your favorite shows, and stream anytime - online or in the PBS app.

You may have an unactivated WHUT Passport member benefit. Check to see. 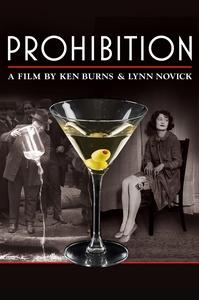 PROHIBITION tells the story of the rise, rule, and fall of the Eighteenth Amendment to the U.S. Constitution and the entire era it encompassed. Prohibition was intended to protect all Americans from the devastating effects of alcohol abuse. But, paradoxically, the enshrining of a faith-driven moral code in the Constitution caused millions of Americans to rethink their definition of morality.

Funding is provided by Bank of America; PBS; CPB; The National Endowment for the Humanities; The Arthur Vining Davis Foundations; members of the Better Angels Society, including the Montrone Family through The Penates Foundation; and Park Foundation, Inc.

For more than three decades, Ken Burns and his colleagues at Florentine Films—directors, writers, producers, editors, and cinematographers—have produced some of the most critically acclaimed and most watched documentaries on public television.